When I read about the damage that hordes of tourists have done to the Kaas Plateau, I thank my stars that I went there 5 years ago, in September 2010, when there weren’t many visitors there, (at least when I visited) and when there were no entry fees or fencing around the flowers. For the uninitiated, Kaas plateau is in Satara district of Maharashtra, India and has been declared a UNESCO World Heritage Site. Every year towards the end of the Monsoon season, in September and October, for around 6 weeks, the plateau transforms itself into a carpet of flowers of various hues. No wonder it is called Maharashtra’s own ‘Valley of Flowers’.
I had travelled with a team which is into environment conservation, called Sprouts Environment Trust.  So that is what made the trip entirely pleasurable. To know why the plateau blooms only during this period, to know that some flowers bloom once in 8 years, to understand the flora and fauna of the region and marvel at Nature’s infinite intelligence and beauty. If people go as regular tourists without knowing the background of the place, like most do, they may end plucking the flowers there, sitting and lying on the flowers, in the process, trampling them, to get the best photo-op, and so on and so forth. 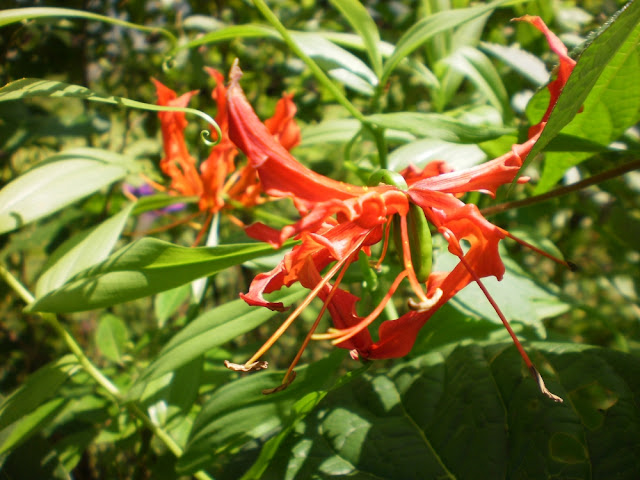 This has happened, and that’s why the government has restricted the number of visitors to 2000 per day and imposed an entry fees of Rs 10 and put up a fencing all along the main areas.

The flora of the kaas plateau is very unique to the area. And here’s why. The plateau is largely formed of porous basalt rock which is covered by a thin cover of soil (about an inch) formed due to erosion. Most of the water gets drained off due to the porosity of the rock. That is why there is no vegetation all-round the year. At certain places where water gets accumulated because of the uneven surface is where the flowering plants grow. At the end of the 6 weeks, when the flowers and the plants wither, they decompose and form manure for the next year’s plants and flowers to grow and bloom. That is why extensive plucking of flowers by tourists has damaged the eco-system. Each flower is important even after it withers, for it holds the life for the next season’s bloom.

It is said that there are around 850 species of flowering plants in Kaas, including many medicinal varieties, with many in the endangered category. The rich biodiversity of the place includes butterflies and moths, migratory birds, reptiles and mammals. The laterite rock layer allows a rich variety of fungi, lichen, ferns and mosses to thrive.

We were lucky to see the Karvy flowers (Carvia callosa) in bloom that year, as it blooms only once in 8 years. We saw different patches of the plateau bathed in different hues. Some areas were an endless purple, some glowed with yellow, and some other patches were pink and white. Around late afternoons and evenings, the entire landscape acquires a surreal look with the mellow golden sunlight lighting up the existing riot of colors.

Some tips if you are visiting Kaas:
1.    It is advisable to go with a group/team of environmentalists/ botanists/ conservationists/ or people who can help identify the flora and fauna of the region. Trust me, it enhances and enriches your trip manifold.
2.    Do not pluck flowers and be careful not to trample flowers in the process of getting a good photo-op.
3.    Please do not litter and carry a bag in which you can throw trash and bring it back with you.
4.    Use a camera with a good macro function to capture the splendid flowers in close-up.
5.    Carry a light jacket or shawl as it gets a bit chill in the evenings.
6.    Wear good walking shoes as you will have a walk around a lot.
7.    If you are travelling solo, carry a book on the flowers of Kaas which will help you identify the plants and flowers.
8.    The flowering season starts from September to mid-October so plan your trip accordingly.
9.    Go on a weekday if possible to avoid the crowds.
10.  Last but not the least, feast your eyes and soul on Nature’s beauty.

If you plan to go:
-          If you plan on staying overnight you will have to stay in Satara as there is no accommodation up on the Kaas plateau
-          Other nearby places to visit are the Thosegar waterfalls and the Chalkewadi windmill project around 24 kms from Satara.

Posted by Priya Krishnan Das at 03:56 No comments: